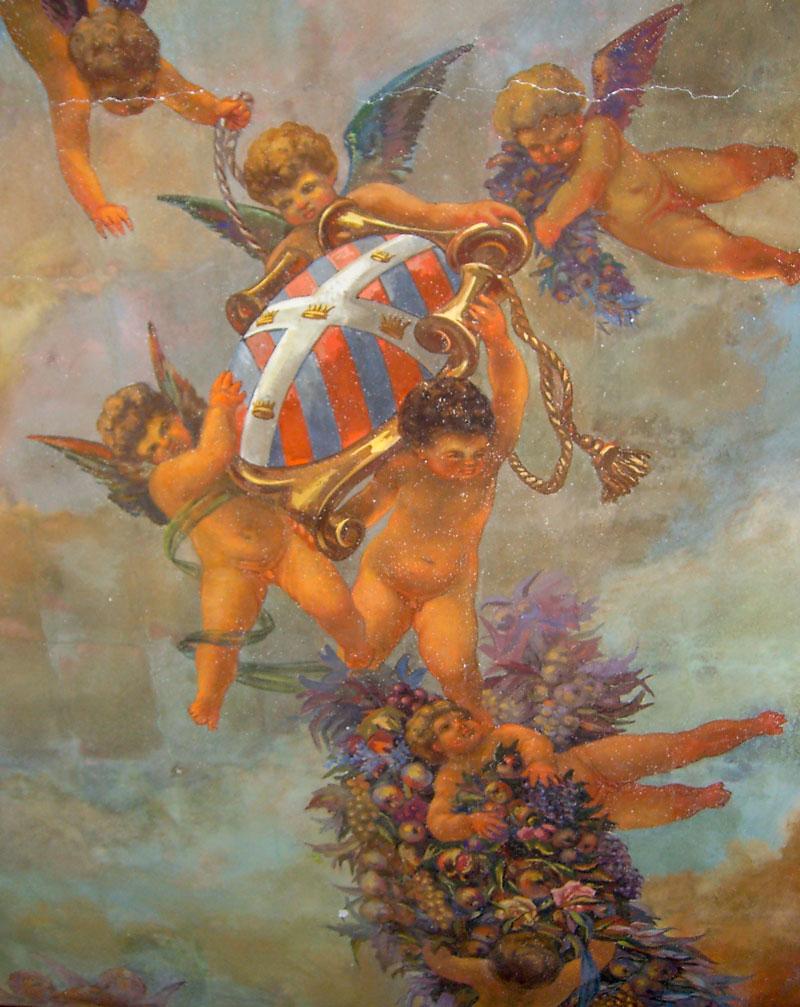 Olive oil and the Salmareggi family

Tenute Salmareggi is the name chosen by our firm, Eredi Mario Salmareggi, to promote and guarantee our extra virgin olive oil.

We are three cousins and the last generation of a family devoted to agricultural business for over three hundred years. Our ancestors hailed from Salmaregia, a small medieval hamlet closed to Nocera Umbra, but there are signs of their presence in the so-called Valle Spoletana (the valley between the towns of Assisi and Spoleto) dating back to the 17th century: it is said that our family owned and managed a mill in the country outside the walls of Spello, the village that provides the backdrop of generations of family history.

In the 19th century, thanks above all to Gioacchino and Francesco (fondly known as Checco), family properties increased through marriages and acquisitions. In the 1900s Agostino, one of Francesco’s sons and our grandfather, came into the possession of several olive groves along the valley near Assisi, Spello and Trevi. Agostino, as town notary and founding partner, certified the establishment of the Unione Cooperativa Coltivatori Diretti di Spello, a private association of local farmers committed to supporting agricultural development, especially the cultivation of olives. Even now the Cooperative is still active under the name of UCCD Frantoio di Spello, and our company Eredi Mario Salmareggi is one of its 500 associates.

Today our family properties are considerably reduced, but still of notable worth. The one called Cappuccini, on the hills outside the town of Foligno, is our flagship property: home of the centuries-old olive trees left by our uncle Mario Salmareggi and aunt Maria Chiara Buffetti Berardi, from which we produce our excellent extra virgin olive oil.

The region of Umbria boasts a centuries-old tradition ofolive oil production, and it is no accident that in 2018 the FAO (United Nations Food & Agriculture Organization) placed the 9,212 hectares of the Valle Spoletana on the list of Globally Important Agricultural Heritage Systems (GIAHS) under the name of “Fascia olivata Assisi - Spoleto”: the 1.2 million olive trees in the districts of Assisi, Spello, Foligno, Trevi, Campello sul Clitunno and Spoleto belong to the first Italian site included on this list.

Olive growing in the region has very antique origins, probably going back to the Bronze Age, and it is known that the Etruscans produced and sold oil and the Romans provided incentives for new cultivations. What can be seen today is the result of a long, iterative process of selecting and technical experimentation whereby growers succeeded in adapting the cultivation of olive trees to the challenging climatic conditions of the region. Often olive trees cling to the steep slopes of the high hills, far from the bottom of the valleys, where moisture and frost can threaten the harvest. The technique of terracing, or re-shaping the steep slopes to create flat areas of terrain – often supported by drystone walls – allowed cultivation to occur more easily. The term Moraiolo, one of the most famous cultivated varieties in the region, comes from the Italian word muro whose meaning is wall.

The word chiusa is also typical in this territory, used to identify land dedicated to growing olives. It has its origins in the early Middle Ages: after the fall of the Roman Empire olive oil for cooking was replaced by fat, introduced by the conquerors coming from Central and Northern Europe. Olive groves did not disappear, but they mostly remained the preserve of nobility and clergy, and they were locked up inside closed (chiuse in Italian) areas, fenced in by dry-stone walls, (another possible origin of the name Moraiolo). After the 11th century, olive oil production picked up again and olive groves no longer needed fences, but the word chiusa remained in the common lexicon. San Donato in Assisi, Paradiso in Spello and Costa reale in Trevi are the names of the most important chiuse owned by our family, and they have been passed down through generations.

The 19th century marked a turning point for olive growing in Umbria, thanks to the Papal Authority which started allocating funds to those committed to planting olive trees and cultivating them with care, and authorizing controlled deforestations when accompanied by works aimed at protecting the slopes (e.g. terraces supported by dry-stone walls). In more recent times, in the last decades of the 20th century, Umbria has been faced with profound changes, in some cases, even radical: the need for economic savings, new challenges posed by technological development, the general growing interest in health and food, the refinement of tastes. The start of harvesting, for example, was traditionally set on the 2nd of November, All Saints’ Day, but now many farmers often begin much earlier, in September or October, even at the risk of forsaking higher yields. Earlier harvesting enables them to obtain olive oil with heavier aromas and flavors and an increased level of polyphenols. At the same time, cost-cutting is driving farmers towards mechanization of processes and traditional oil mills are being replaced with modern facilities, through which it is possible to have more control over the quality of the final product. All these changes have taken place in a few short years and, as often happens, they threaten to eliminate all the best practices learned in the past and inherited from previous generations.

This is the context, full of challenges and contradictions, in which we work, staying firmly rooted to our territory and its history.